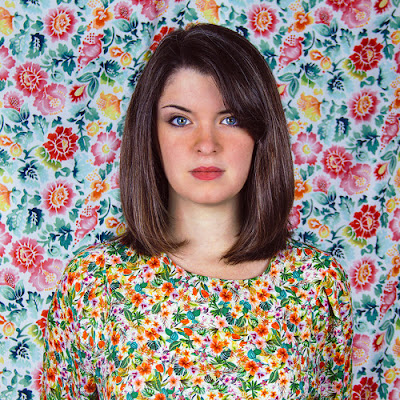 I first encountered singer/songwriter MaryLeigh Roohan through her affiliation with the short-lived Capitol region supergroup of sorts Babe City. By aligning herself with Meg Duffy of Hand Habits and Olivia Quillio, it was pretty much a given that I would pay attention and yet, somehow I managed to completely sleep on Roohan's solo endeavors. Since Babe City was started and then disbanded in 2012, Roohan has certainly kept herself busy and next month will release the fruits of labor from some of that time in the form of her new album Living Alone.

Upon listening to the first single (aside from Roohan's cover of Nancy Sinatra's "Bang Bang"), I noticed a certain similarity between Roohan and Wye Oak's Jenn Wasner. Not in a sound-a-like sense but merely in the way Roohan's voice rises from the churning darkness of her own creation. "My friends all say know me, it's not true"/"my lovers think they know me, it's not true" Roohan sings and it's the kind of lyric that in less talented hands can stray towards the melodramatic. But with Roohan's pure vocal force and a well-timed modulation applied it's given anthemic resistance. It's mired in insecurity but also in that of an intimate self-knowledge. "Now, all I am is the backwards memory of a backwards man" sings at the song's oddly uplifting sounding climax and it becomes clear, the toss and turn between those moments of self-doubt right after heartbreak, of the feeling that something's wrong with you to make bad romantic choices continuously. And yet Roohan doesn't treat it like a moment of weakness. It's an epiphanic moment of inner knowing that pushes the track towards its brightest highs.