Listen: Friend Roulette - "You Drank All the Eggnog"

One of my least favorite things about the generic holiday times is how every musician far and wide seems to clamor to make their voice heard in a sea of Christmas song covers and/or holiday albums/EPs, what have you and it seems more than a little pointless. While a good and truly original Christmas song is basically the holy grail of songwriting prowess, few bands seem willing to try aiming for more than just your run of the mill cover that says "We exist and it's Christmastime so why not!?"

Then there's Friend Roulette. Whose ability to churn out new music seems tied to their very existence. For their sojourn into Christmas themed shenanigans, the Brooklyn chamber pop sextet take inspiration from the very real fact that sometimes to spend time with your family around the holidays sobriety might be a painful option. Their tune "You Drank All The Eggnog" details the consequences of that occasionally inescapable option - getting messed up and ruining everything. Similar to their video for "Rocket Dog", "You Drank All the Eggnog" gets  a lot of its drama from smashing things. The tune is dark and dreamy, and even manages to slip in a reference to "Sleigh Ride" and a slighter, subtler one to "Deck the Halls" immediately after.

"You Drank All the Eggnog" is a very realistic Christmas carol that acknowledges the occasional unpleasantless of this time of year while also just being kind of really fun. It's essentially trademark Friend Roulette. Enjoy! 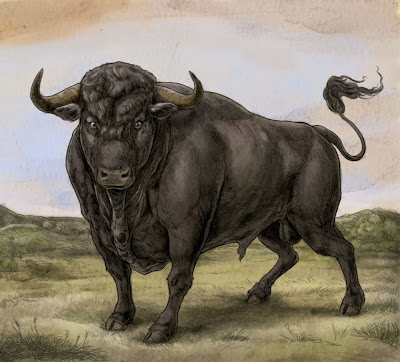 I encountered Brooklyn based San Fermin due to a suggestion of them as chamber pop band of note. While the suggestion was wrong in that there's really far too much going on under the surface of San Fermin for them to really qualify as chamber pop, I suppose it's a fitting moniker for the brainchild of composer Ellis Ludwig-Leone. In what is rapidly becoming a trend, Ludwig-Leone emigrated to Canada in a fit of post-grad "What now?" shock where he started working on what would become San Fermin. San Fermin and the self-titled album are rare in that the narrative voice isn't in the spotlight. Ludwig-Leone has surrounded himself with a group of consummate musicians and trusted them to interpret his vision - a page right out of the classical music handbook. But San Fermin isn't a contemporary classical music ensemble by any means. Ludwig-Leone's chosen voice (at least on parts of the debut record) is that of modern indie pop.

A concept album, San Fermin tells the story of two protagonists experiencing a crisis not unlike the composer/songwriter's own. "Renaissance!" starts the album with a sense of drama and intrigue and epic grandeur and establishes the album's ambitiousness right off the bat. The album balances the two characters by giving them dramatically different sounds - the male narrated by the Allen Tate's booming baritone and voiced by pervasive melancholic folk while the lady's role is overtaken by the female duo at the forefront of fellow Brooklyn band Lucius and features moments of lush, resplendent pop mastery. After establishing the two separately in "Renaissance!" and "Crueler Kind", the album shifts between the two in track-by-track call and response - a dialogue extended over the course of a little less than an hour.

While adopting this kind of reactionary songwriting format, Ludwig-Leone also makes extensive use of musical interludes of his compositions which while very good technically and aurally, don't really do much in service of his established narrative choice. In a way, they're the composer's attempt to make his own voice heard after relegating those duties to others.

San Fermin is an ambitious album, of that there is no question. It's also a very good album - but it's not an album free from weaknesses. San Fermin's weakness lies in its ability to more seemlessly integrate its various influences. It's a case of many plates spinning in the air that actually distract from a rather interesting concept and even more interesting bit of absolutely gorgeous musical moments. It's clear and obvious strengths are in those moments Holly Laessig and Jess Wolfe make their presences known and are given the focus ("Crueler Kind", "Sonsick" "The Count", "Oh, Darling"). Non-coincidentally these are moments when the album is at it's poppiest, it's most accessible; it's most fluid and forward moving. Allen Tate's voice is an anchor - firmly grounding everything but so rarely given to the vibrant flights of fancy of Laessig and Wolfe. The exception to this being when their union in "Bar" and triumphant sun-speckled "Daedalus (What We Have)".

There's moments on the album that feel truly earned due to the rotating narration and staggered pacing - "Oh, Darling" is probably the true moment where the female protagonist doesn't shine like a beacon of light - draped in dazzling, catchy pop melodies and boundless confidence. "Oh, darling, I've been so miserable/I can't describe" and the male rouses from his wallowing and offers comfort, countering "When you're off alone and your heart is gone to sea, leave your lonely here with me". For all the bells and whistles afforded to San Fermin from it's orchestral accompaniment and reliance on moments of lush majesty - the most moving moment is its most lyrically focused; it's most simple and its most bare.

While "Daedalus (What We Have)" provides the male's bookend moment of transformation - the actual moment not occurring lyrically but compositionally. The storm clouds disperse and Allen Tate's vocals glisten in bright moments of musical catharsis. It's a testament to Ludwig-Leone's skills that while having a considerable amount of plot going on that the defining factor in character growth lies in the music.

What keeps San Fermin from being a truly, truly great record in terms of cohesion and it being the type of album you want to listen to in full over and over again lies in a perceived inability to unite Ludwig-Leone the talented composer and Ludwig-Leone the incredibly gifted pop songsmith. When the lines between these two sides of the creative coin marry, the results are sure to be astounding. San Fermin seems a bit disjointed, with parts that either seem a bit superfluous or dragging. Regardless, San Fermin is an excellent and intriguing debut with its fair share of album highlights. It's a richly engaging listen with a slew of rewards that reveal themselves on each subsequent listen if you're diligent enough to stick around.

With their debut album done and out in the world earlier this year, Brooklyn experimental chamber pop outfit Friend Roulette don't seem to be wasting any time getting their new songs out in the world. Hot on the heels of I'm Sorry You Hit Your Head came tender ballad "Rocket Dog" ahead of a brand new Grow Younger EP out early next year.

"I Guess", the second peek at the forthcoming EP, is probably the most straightforward lyrically than we've gotten from Friend Roulette in a bit. No space explorations, magical transformations, or even drunken sailing trips. Despite it's militant drums and it's subtle psychedelic haze, "I Guess" is for the most part firmly grounded in reality. About real expectations and wants as Julia Tepper's vocals craft Rapunzel-esque visions of pining loneliness - if Rapunzel was a young twenty-something having a particularly rough night in Brooklyn.

"How long can I last here lonely every day?/How long will I last here wasted in the rain?" Tepper sings and it's a moment that invokes sincere sympathy. We've all probably been there. Waiting by the phone or outside of a house/apartment waiting to be let in for what seems like forever with no idea if there's anyone on the other side. It's a very realistic bit of drama gussied up with Friend Roulette's trademark layering with the EWI doing a considerable amount of heavy lifting to establish the track's dreamy atmosphere and the rest of the band's at times aggressive textural interplay serving as a counterpoint to Tepper's delicate vocals.

Friend Roulette's Grow Younger EP will be out February 6th.
Posted by Dante at 12:26 PM No comments:

As this year rapidly barrels towards its end, there's sort of a gradual tapering off of musical releases. Blogs/Publications are throwing up their Best Of lists, musicians retreating to their homes to refresh and/or record while others have made their plans to for the new year well known: tour tour tour. And yet, among the hustle and bustle of the year end festivities, Bowerbirds' year-long song-a-month short-form experiment continues onward. "November", the 10th addition to the ongoing (and soon ending?) series, certainly takes it's time. Phil Moore enters warbling and cooing for about a minute a capella as everything slowly comes together - piano, harmonies, the gentle swish of drum brushes before the track springs into a gallop. Even then there's a considerable amount of freedom in where everything goes - with the inclusion of the rest of the band Moore sets himself further apart with vocal riffs and echos while the piano holds down the fort melodically. It's a short, quick-moving burst of pop that's very much in line with the project's original ethos.