Well, this is embarrassing. After months of hearing Tyler from Portals emphatically sing her praises, it took actually witnessing Northampton artist Mal Devisa's absolutely awe-inspiring live set at Portals and Stadiums & Shrines' joint CMJ showcase to become a firm believer and obsessed listener. It's probably for the best that I put off listening to her music before the CMJ set as Mal Devisa's live energy isn't quite captured on record the way it should be experienced.

Fusing guitar, loop pedal, and her positively soulful vocals with just the right hint of folk influence, the ingredients of Deja Carr's music seem simpler on paper than they are in actual practice. It's a simple formula that's imbued with an overwhelming emotional resonance in Carr's talented hands. I should know. I say with absolutely no hyperbole that Mal Devisa's set at its climax moved me to tears. You can tick many a genre box to try and describe what you're witnessing but when Carr's set includes everything from spoken word to nimble lyrical improvisations, there's really no use trying to pigeonhole such a distinctively original artist.

While one showgoer compared Deja Carr to Nina Simone, I found an easier (and maybe much less daunting) parallel between the responsive nature of Carr's performance and that of Fiona Apple. Particularly Apple's vocal stylings on "The Idler's Wheel...". Carr maneuvers her vocals in a way that strives to be the most viscerally effective rather than the most pleasantly beautiful. She weaves stricken groans and dissonance into her live set to accompany lyrics of heartbreak and both the black and female identity so that there's no mistaking her for a seraphic beauty but of a living, breathing human being splaying out her emotions for you to engage with.

It's rare that you accompany an artist like Mal Devisa - whose music is such an organic extension of who they are but also so readily accessible and universal without dumbing itself down for an instant. A live set that the artist's recorded input fails to live up to rather than the other way around. If you have the opportunity to catch her playing near you, I'd sure as hell take it. If not, there's a batch of her tunes on Bandcamp and a new album in the works that should tide you over until you get the opportunity. 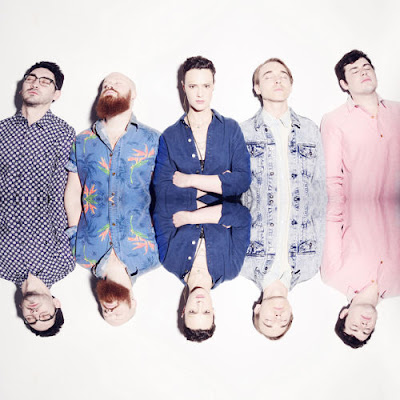 Brooklyn psychedelic dance band Rubblebucket are certainly the type of band that's benefited greatly from workshopping their songs. In fact, it's pretty much exclusively how their first songs came to be. Since their inception in 2007, the band have managed to create an enviable mixture of everything from run of the mill indie rock, jazz, and infectious pop into a trademark sound that subverts all expectations of genre.

With the release of their latest album Survival Sounds earlier this year, it certainly was a surprise when  the five-piece dropped what might arguably be their best song to date - standalone single (or now) "Donna" in support of their upcoming Fall tour. But here we are and "Donna" is a positively resplendent slice of indie pop goodness. Rubblebucket's brass-centric grooves are operating at their utmost catchiest and Kalmia Traver's vocals, bold and bright as ever, achieves peak effectiveness. Summer may be over but Rubblebucket give it a proper send-off with the exuberant "Donna". While the track slips in and out of dream logic lyricism - the chorus is almost unfairly strong, an instantly memorable kiss-off that manages to excite each time it reoccurs.

It's the kind of track that has you instantly itching for repeat during the fade and the fact that it wasn't even properly part of an album is just a testament to how utterly steeped in creativity the band is. It's not their most experimental track but it doesn't have to be. In staying on course with standard songwriting conventions, Rubblebucket manage to create a track that's sure to be an instantaneous favorite to anyone lucky enough to catch this particular ear worm.