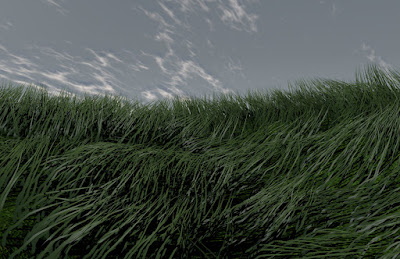 It probably goes without saying but anyone who's encountered the music of Leeds experimental pop troupe Adult Jazz has probably been eagerly anticipating new music since their debut full length Gist Is dropped in 2014. Fans were given a brief respite in the form of their Earrings Off EP they released back in 2016 but other than that, the band has seemed to be in a perpetual state of creative gestation. And yet every once in awhile a sort of creative listlessness results in a new project or collaboration or cosigning of a new project from fellow Leeds University musicians.  First was "Other Life", a disco-fueled dance track crafted by Scottish producer Makeness featuring Adult Jazz's Harry Burgess on vocals, ambient project AEVA helmed by fellow university pal Dan Jacobs who also makes music as Glad Hand, and now Harry Burgess has teamed up with Jack Armitage of Lil Data for a forthcoming full length.

"Day Away", the first track from the duo's newly christened project Offer,  is a twelve minute long rhapsody inspired in part by Armitage and Burgess' Internet message-board born friendship and a near decade of frequent improvisations both at Leeds University and beyond with their last session resulting as a framework of sorts for their upcoming album. Burgess' voice - capable of impressive contortions and at times unflinchingly harsh, finds a wonderful sonic match with Armitage as they seem very much over the course of the song's duration to throw more and more things at it and see how Burgess' vocals fair. Burgess' vocals have always had a particularly elastic quality to them but Armitage pushes them more so with the use of a controller though not enough that they splinter from the realm of possibility. It's tension and release but a rather unexpected pacing of such - after much of the bustle and brashness of its beginning, the track gives way to a languorous, introspective quiet which Burgess infuses with virtuosity. It's a track that pretty much transcends the trappings of genre: constructed through electronic means but so sincere and human at it's core, buoyed between maximalist pop Dada and the truth-bearing spirit of folk.

Watch the video for "Day Away" featuring visuals from AEVA.

On the first two singles "How Much" and "Olympic Girls" from Tiny Ruins' forthcoming record Olympic Girls, New Zealand singer/songwriter Hollie Fullbrook's narratives have seamless interwoven storytelling with a touch of the personal. A universal vagueness with just the right amount of intimate detail that might've lead listeners to ponder how much Fullbrook was pulling from fragments of her own lived experiences and echoing past conversations. "School of Design", the latest single from the album, takes a step back in a sense in the spirit of tracks like "Priest With Balloons" or "Jamie Blue" that favor pure storytelling but filters the experience through Fullbrook to imbue it with sincerity.  It's meticulous descriptive, the plaintive guitar adding to the mystery of immaculate but seemingly abandoned building Fullbrook explores both literally and figuratively in the song. While Fullbrook's descriptions are enough to immediately  the building in your mind's eye, it's the line: "And I was struck by a feeling, it's hard to describe" where the song truly blossoms. Fullbrook doesn't explain it, can't seem to even; and frankly she doesn't need to. "The urge to burst through the ceiling starts, raise glass to the sky" Fullbrook continues and it's such a poignant moment, descriptive in a purely external way that transmutes the cerebral to the visceral and renders the inexplicable into a shared experience.

Olympic Girls, the third full length album from Tiny Ruins is out February 1st on Ba Da Bing in the US, Marathon Artists in the UK/EU, Milk! in Australia, and Ursa Minor in New Zealand. You can pre-order the album now.
Posted by Dante at 11:33 AM No comments:

Listen: Jessica Pratt - "This Time Around" 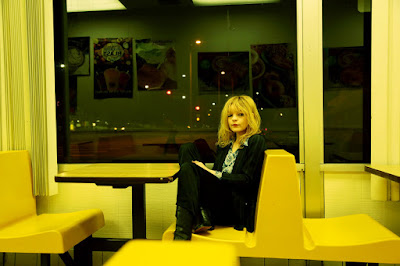 I've been eagerly anticipating the release of Los Angeles based singer/songwriter Jessica Pratt's latest full length album pretty much since the release of her previous one. That's not to say that On Your Own Love Again, Pratt's sophomore album and Drag City debut, wasn't a good enough one to satiate my hunger for new music - rather it was the knowledge that she had been sitting on the songs that consisted her self-titled debut for years before their eventual release and even as she remained hush about the details of On Your Own Love Again back before it was announced, she was playing newer songs that have still yet to find themselves on even her most recent studio effort. The fact that I knew Pratt was able to write such beautiful, arresting songs much swifter than the music industry would allow fueled the hunger for more and the fact that Pratt doesn't tour all the often only stoked the fires of my anticipation.

And so "This Time Around" arrives as Pratt's first taste of new music since On Your Own Love Again dropped at the very start of 2015. It finds Pratt leaning further away from the sparse, simplicity of her analog tape recorded self-titled debut in favor of the more studio refined sounds of On Your Own Love Again landing once again on a refreshing blend of 70's tinged psychedelic and classic rock with a pop sensibility than her previous strictly folk efforts. Though Pratt continues to push her sound in various directions that suit her personal tastes and influences, her songwriting remains as effortlessly arresting and effecting as ever. Much like "Game That I Play" or "Back, Baby", "This Time Around" concerns itself with a sort of lovelorn weariness. "This time around has it gone so grey that my faith can't hold out?" Pratt begins but sings with such a subdued stage whisper like quality that she strips the line of any expected melodrama. The rest of a song is less of a push-and-pull against this point and more of an intricate but still delightfully vague extrapolation on it. There's an air of melancholy but not overly so. The line are delivered with a cool resolve instead of overrought sentimentality. Pratt has never been one for imbuing her songs with any more emotion than necessary and that skill on display here. "This Time Around" is simple and sweet, relying almost exclusively on Pratt's soft vocals and their malleability than on any particular instrumental flourishes.

Quiet Signs, the third full length album from Jessica Pratt, will be out February 8th on Mexican Summer. You can pre-order the record now.
Posted by Dante at 12:15 PM No comments: