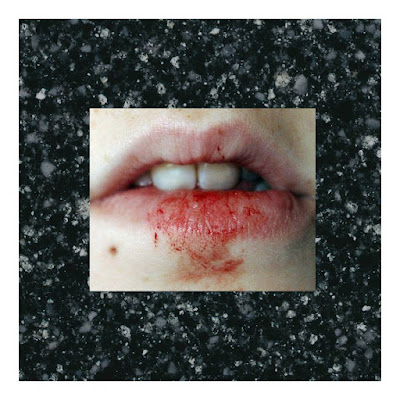 It's been awhile since we've heard anything from Brooklyn based electronic pop act Gracie and longer still since there was any official release to get worked up about. Since the release of his Work It Out EP in 2013, Gracie has undergone a change or two - namely in regards to the actual lineup as well as mostly focusing on one-off singles here and there.

While "Hood Rich" leaned a bit into the R&B influences everyone in Brooklyn seems to feeling these days, "Spilt Milk" and "Bunny Junction" served to reinforce that Gracie hasn't quite jumped the shark. Even if there's nothing really planned for them, they were proper benchmarks for Andrew Balasia's experimentation. "Black Ice" is simultaneously a return to form and a noteworthy exploration. There's a multitude of layers, threading electronic and acoustic elements together; carefully avoiding overwhelming the simple but memorable melodic idea. Not that anything really stands a chance at that - Gracie continues with one of his earliest musical signatures as the initial main melody finds a way to persist through the track's various diversions without really beating you over the head with the idea. It's slight, peeking out when there's plenty else going on to reassure you it hasn't been forgotten without drawing focus from secondary melodic ideas and the sparsely utilized effects.

"Black Ice" is Gracie at their most compositionally subtle. It's ear-catching and accessible but also fun and smartly arranged. How Balasia manages to spin an engaging pop jam out of taking a spill on a patch of ice is beyond me and yet, it's arguably one of Gracie's best tracks. Here's hoping there's more to come of this caliber from the newly minted duo. 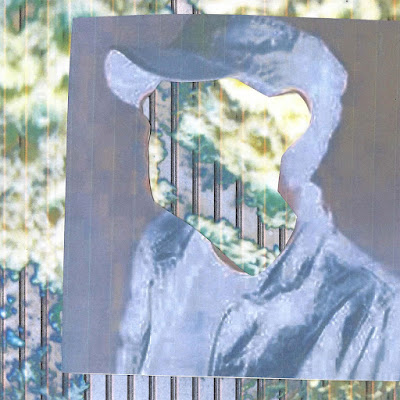 Brooklyn chamber pop sextet Friend Roulette have established themselves as an innovative force in the NYC music scene long before their debut full length I'm Sorry You Hit Your Head even saw the light of day. With their unique instrumentation - violin, EWI, two drum kits in addition to the standard guitar and bass, their approach to songwriting in general - namely contorting their original demos into bizarre forms has led to Friend Roulette being that odd band whose releases I've found anticipating more than those of bigger, more well known acts. With their debut album behind them, Friend Roulette have essentially hit the ground running - turning out their Grow Younger EP and now their sophomore record I See You. Your Eyes Are Red. in about about the same amount of time to it took to successfully complete their debut.

While first single "Strange Girl" would be equally at home on either of their most recent releases for the rest of I See You. Your Eyes Are Red. experimentation seems to be the name of the game. In past releases Friend Roulette have managed to pair their characteristic quirk with infectious pop but for their latest record, the sextet aren't afraid to go full tilt weird. Where "Strange Girl" found Friend Roulette at the peak of narrative cohesiveness - "Dutch Master" with its abrasive jags, revels in the surreal. "Believe me Mister Officer, this cough is not a cold/blood running from my chin leads to my pretty pot of gold" Julia Tepper sings before the track is imbued with a slinky jazz groove. "Dutch Master" buoys between chaotic dissonance and fluid moments of melodic clarity often paired with absurdist lyricism. If Friend Roulette hadn't demonstrated themselves both as able lyricists as well as capable dream logic enthusiasts, "Dutch Master" probably wouldn't go down as easy as it does.

"Stoned Alone" follows and despite its sythy warble, manages to root its referenced drug with emotional resonance. The lyrics build on top of each other like lego blocks - each subsequent lyric revealing more of the adventure, while the band hits a R&B-esque groove not unlike their debut's "Lie". One of Friend Roulette's greatest strengths has always been their genre fluidity and in those little beats that are R&B reminiscent without being a full on deep dive, Friend Roulette manage to both fit in and rapidly distinguish themselves from the ongoing trend of indie R&B inclusion.

Assumed one-off Christmas single "You Drank All the Eggnog" finds its way onto the album to continue the album's many references to pot usage as it details sneaking off to get stoned to deal with your family during the holidays. It's a fun song that fits surprisingly well into an album released in June, as much of a snapshot of life events as a song without explicitly timed lyrics.

If "Up in the Air" continues Friend Roulette's power strutting away from the chamber pop descriptor through balancing its quieter moments with soulful climaxes, album ender "Warm Year" sees them returning to the label to demonstrate their subtle mastery over it. The longest track on the album "Warm Year" shifts between engaging instrumental interludes and less bombastic lyric flourishes while functioning as one of the album's most dynamic compositions.

I See You. Your Eyes Are Red. somehow manages to function as a deconstruction of the band while also highlighting exactly what worked so well for them so far. With this latest album it gets more difficult to actual describe the band and their sound while also cementing many of their growing trademark characteristics. I See You. Your Eyes Are Red. sits at a junction of the sextet's influences - its members' classical and jazz training effortlessly deployed without obscuring the band's love for pop music and uncanny ability to strike the most original path. It's all the more impressive when you take into account that several of the album's tracks ("Strange Girl", "Garden Tidings" "Warm Year") are old, some older than even their debut self-titled EP released it the spring of 2011. And yet, ultimately in returning to those songs are trussing them up just the way they want, Friend Roulette takes chief ownership of its past to define its future.

I See You. Your Eyes Are Red. is pivotal. It might be the last album where you can rightfully call Friend Roulette a chamber pop band - if not abandon all labels completely. It opens the band up to a multitude of possibilities that the they might but be canny enough to pursue. No one knows what the next step will look like for Friend Roulette but if their ability to metamorphose remains, I See You. Your Eyes Are Red. demonstrates that it will the the very least be an interesting one.

Friend Roulette's sophomore record I See You. Your Eyes Are Red. is out now on Goodnight Records and available to order here. 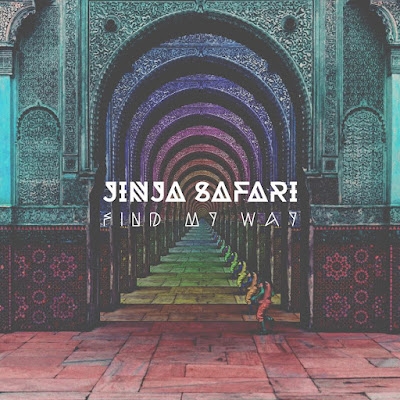 After releasing their debut full length self-titled record in 2013 (a record which has yet to enjoy a release further than their native Oz) and touring around it for much of the subsequent year, Jinja Safari entered a hiatus of sorts during which several of their members embarked on secondary musical adventures. Drummer Jacob Borg unearthed Berlin Bar Hounds, Marcus Azon teamed up with YesYou to form the much slicker pop outfit Cold Clinical Love, and co-frontman Pepa Knight out-paced his band members by releasing his debut Hypnotized Vol. 1 EP, a record which he was able to tour in support of several times before rejoining the rest of Jinja Safari for their much anticipated reunion.

With everyone's musical wanderlust more or less sated, Jinja Safari has returned with brand new single "Find My Way". While still employing much of the technicolor melodies Jinja Safari has built much of their tropical party pop around, there's hints of those other projects here - namely in Marcus Azon's more mainstream pop delivery on the verses. And yet with it's stratospheric swoops and positively resplendent harmonies in addition to it's assemblage of instruments, there's no doubt "Find My Way" is a Jinja Safari song through and through - a welcome addition to their catalog of eternal summer beach party folk pop. With it's first and oft repeated line of "Now I'll find my way back to you", "Find My Way" is a pretty apropos way to mark the band members re-invigorated return to each other and Jinja Safari's first new song in two years. Welcome back, Jinja Safari. You've got a whole lot of celebrating to do.

Get a sense of what hanging out with the globetrotting Aussies is like in their official video for the new single: