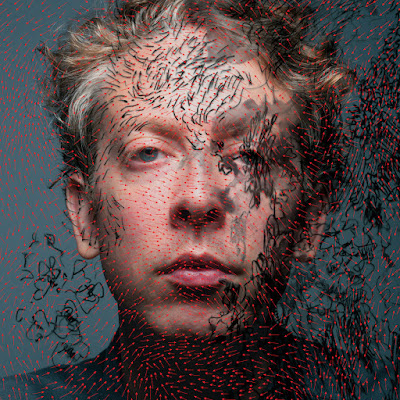 I'll be honest, I primarily know Brooklyn based composer and singer/songwriter DM Stith through his work with other people. Like his frequent appearances on Son Lux's albums over the years. His voice is almost as familiar as Ryan Lott's own despite not being an official member of Son Lux. But "War Machine", the first single from Stith's upcoming album Pigeonheart, has certainly inspired me to go back and deep dive into the man's catalog.

"War Machine" pretty much wastes no time getting started - after several long notes, Stith sets everything in motion with a brisk percussive entrance that builds brick by brick, loop by loop. And yet despite the swiftness of its forward press, there's certain enough room for everything to breath and settle and Stith's vocals are delivered with a sort of conversational casualness. "Don't ask questions to which you know the answers/Am I in trouble? Am I in trouble?" Stith begins and that sort of beguiling command breaking to acquiescence sets up the dichotomy Stith plays with for much of the track. Stith reveals little, sure you know more than he does as he asks question after question and then seemingly answers them. Stith also shifts guilt to and fro with every verse. What little he reveals about the other's transgressions he absolves them. "War Machine" is an interesting blend of electronic and acoustic - synths paired with piano, percussion samples and pizzicato strings, and that ability to seamless it's various moving parts takes place on a narrative level as well as Stith rises to indignation and stoic calm and shifts perspectives and through thoughts effortless. And yet for as little as Stith reveals, he leaves enough clues for you to piece it together like a repeated Russian phrase at a rare moment of slowing down. Without the mystery and universal applicable nature of the narrative (a trait Stith shares with Son Lux), "War Machine" is a track that improves with each subsequent listen. An impressive feat considering it's already a pretty excellent piece of music even on first listen. On "War Machine", Stith is simultaneously compositionally dense and sparse; there's a multitude of layers but they're arranged with an easy listenable neatness. Stith is verbose and brief; revealing only what he wants you to know occasionally in a hurried flurry of words.

"War Machine" is many things but most importantly it is a wonderful introduction to a musician I knew more by name than experience. Considering he's cut from the same eclectic cloth as Gabriel Kahane, My Brighest Diamond's Shara Worden, and Son Lux, Pigeonheart is sure to be a rich, complex album.

DM Stith's third full length Pigeonheart is out July 29th. You can pre-order the album via Bandcamp or iTunes. It'll also be able on vinyl with pre-order info to come later.
Posted by Dante at 3:49 PM No comments: 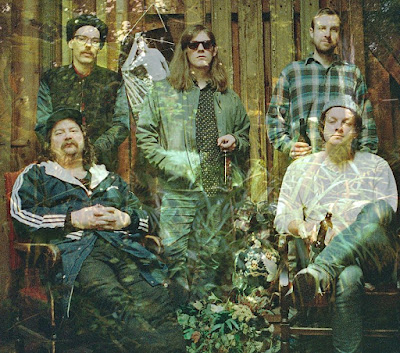 While I was introduced to Norwegian singer/songwriter/guitarist/everyman Chris Holm primarily through his work as a member of Norwegian orchestral pop outfit Young Dreams, it wasn't long before I discovered the man has his hands in many different pots. His solo effort Kilos melding Young Dreams balmy tropical-infused lushness with sample-laden electronic pop and old school indie rock. And then there's Bloody Beach, in which Holm plays bass, which takes that same sunny musical escapism and pairs it with psych rock.

"Mezcal Letters" is the first single from their five piece's upcoming sophomore record, the follow up to their Nabovarsel debut Bloody Beach Pirate Radio Presents, and pretty much continues in the group's self described tropidelica (both a portmanteau and catch all for all of the groups' combined musical interests in surf and psych rock, dub and afrobeat). "Mezcal Letters", produced by Holm's Young Dreams' bandmate Matias Tellez, curbs much of Bloody Beach's initial punkiness (established in first single "Quembo Que?") in favor of a much more fluid take on tropical pop. While the band has been known to skip around around in terms of sound and tone, there's no denying there's a certain appeal in "Mezcal Letters" consistency. It's smooth, featuring vocal hand-offs from Arne Håkon Tjelle and Chris Holm, and a bit less chaotic than the dance rock of their debut full length but none of that energy is lost. "Mezcal Letters" for its veritable pleasantness, is still very much a jam. That energy just seems to be more concentrated into some tight-knit grooves and some exciting instrumental flourishes. Considering the quintet's history of experimentation, there's no telling where the group will end up going on their sophomore record but if there's more like "Mezcal Letters" on it, you can certainly sign me up.

Listen: Andy Shauf - "The Worst In You"

As Saskatchewan singer/songwriter Andy Shauf gets closer to the release of his new album The Party, we're thankfully getting more and more glimpses of the finished product. While first single "The Magician" introduced us more to the sound of the record - namely Shauf's sort of Bacharach arrangement, "The Worst In You" actually places us at The Party in question where we're introduced to some of its guest.

"The Magician" may not have taken place at the party itself (or if it does, it's not as implicitly stated as "The Worst In You"), but turns out it sets the tone for the record. "The Worst In You" is a lightly arranged slice of folky chamber pop that can't quite shake its air of melancholy. Our first glimpse into the party's guests isn't much of a pleasant one - after arriving at the party, the narrator finds himself assuming the worst after separating from his date at a party. Shauf excels at rooting his songs is a sort of naturalistic candor that keeps his songs from spinning into drama. "The Worst In You" pits a normal human response against introspection. Or rather they function hand and hand, the narrator jumps to conclusions but never acts upon them externally. And it's to Shauf's credit that he's able to make an almost entirely internalized narrative so engaging.

Andy Shauf's sophomore album The Party is out May 20th on Anti- and Arts & Crafts in Canada.
Posted by Dante at 3:29 PM No comments: