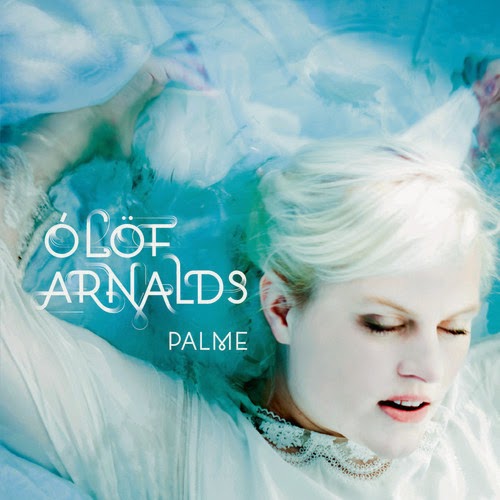 For fans of the Icelandic chanteuse Ólöf Arnalds' previous efforts, "Half Steady" is going to come as a bit of a surprise but a epiphanic, euphoria-inducing one to be sure.

On her upcoming fourth album Palme, Arnalds is taking a page out of her cousin Olafur's book and imbuing her sound with a bit of electronics. It's not a wildly radical idea with other more folk oriented singers like Alessi's Ark and Basia Bulat going that route on their releases last year but damn if Arnalds' doesn't absolutely sell the shift AND stick the landing. Taking a song she original wrote in her teens, Arnalds, along with Gunnar Örn Tynes (of múm fame) and frequent collaborator Skúli Sverrisson crafts an utterly radiant experimental pop gem. A gifted songwriter, Arnalds' true talents have always been not solely the words of her songs but the feelings they invoke and that's firmly on display here as Arnalds glides above the music box melodies. It's delicate in its construction, oddly simplistic despite in its resplendent cacophony while managing to be charmingly human despite its many inorganic elements. Arnalds' knack for creating little pocket realms for the listener to slip into is still at play here, although "Half Steady" is much more of frenetic clockwork retaining Arnalds' smooth, soaring melodies but upheaving much of the terrain for glimpses at mountainous jags.

Ólöf Arnalds' fourth full length Palme is out September 30th on One Little Indian Records.
Posted by Dante at 1:00 PM