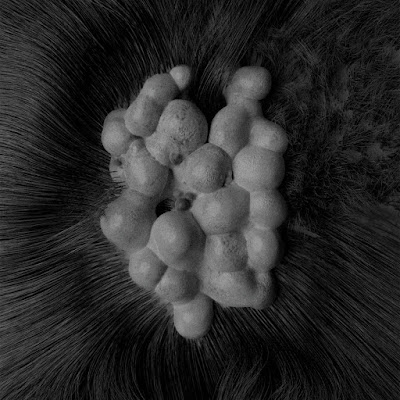 One of the pitfalls of creating such a cerebral, fully realized project as art pop quartet Adult Jazz is the fact that there's a lot of time and energy put into seemingly every aspect of creating. Since the release of their debut album Gist Is in 2014, Adult Jazz has spent a lot of time facilitating not only their own creations but those of the constellation of their collaborators. They've subsequently released a follow up EP Earrings Off!, two years after their full length debut and while their next release seems to be forthcoming, they've eased the wait by engaging with other projects.

Most recently, Harry Burgess, Adult Jazz's frontman and member of experimental electronic duo Offer, played a solo set late last year, recorded it, and is releasing the results as Live Scraps/Fall of Troy, a cassette release bundled with an essay Burgess wrote about the death of his family dog who inspired the Adult Jazz track "Bonedigger". Unlike Adult Jazz's meticulously layered production or Offer's digital pyrotechnics, Live Scraps offers Burgess in an oft seen light: bare bones and simply offered. One of my favorite qualities of his growing number of projects has always been Harry Burgess' voice so it is essentially a treat to get to witness it this way, unadorned and unmanipulated.

But even as Burgess peels back the layers, his experimentalism still shines though. "Disarm", the first taste of his three song release, might just be Burgess' voice and guitar but it's not your standard fare. Burgess approaches his playing from a place of minimalism, focusing on repetitive two note chords and weaving vocal melodies around the sparse accompaniment. It's a transfixing work of art, utterly engaging in its simplicity and a testament to the strength of Burgess' vocal prowess.

Live Scraps/Fall of Troy is out July 12th on London based label Don't Delay. You can pre-order the digital album or the cassette/essay bundle now.