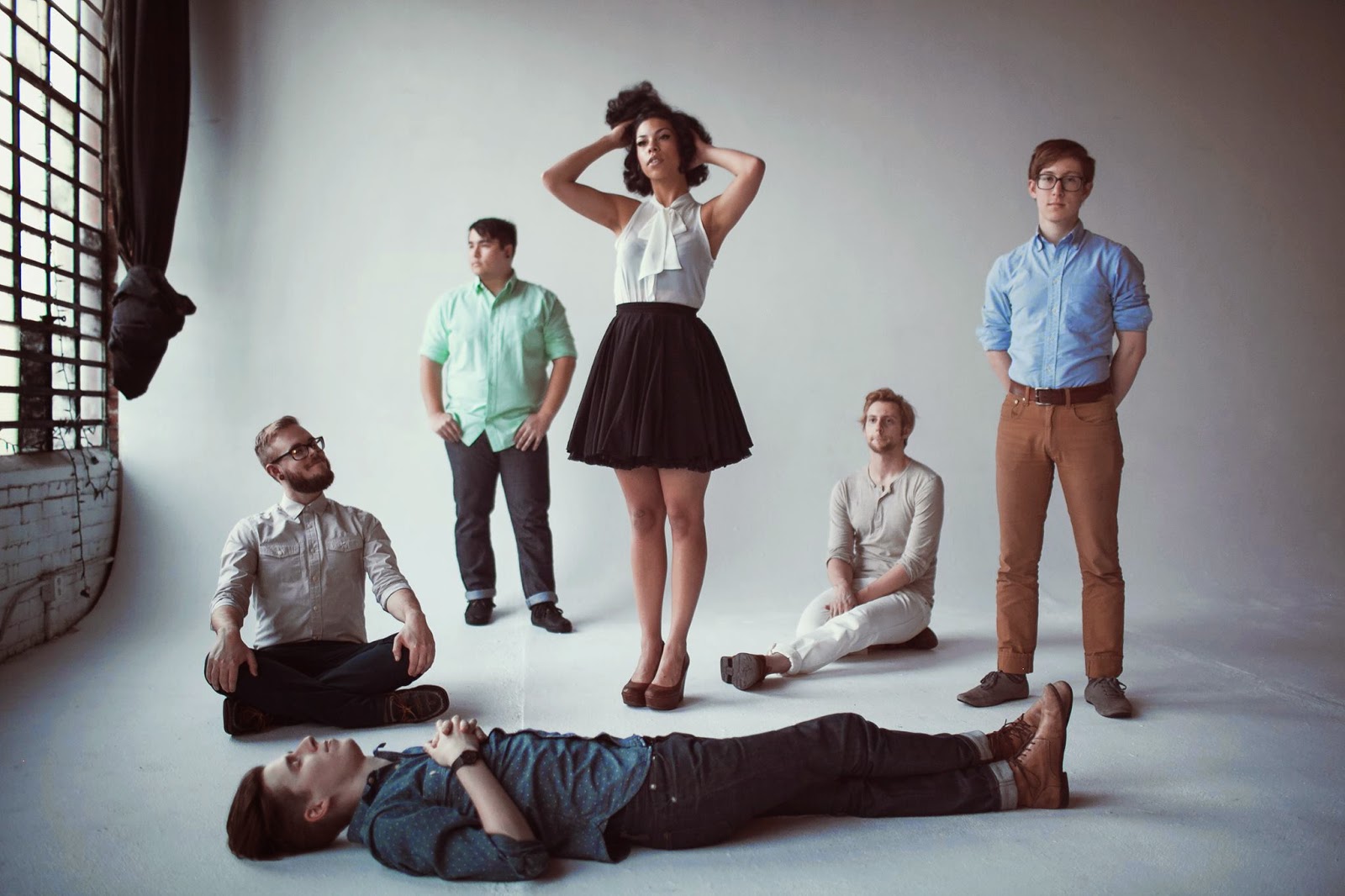 Wisconsin folk pop troupe PHOX are certainly a band of many talents. Such almost has to be the case when a band consists of a slightly atypical six members but PHOX's talents aren't confined to the purely musical. Each one of their members has a different skill to offer and PHOX just happens to have an in house music video director in banjoist Zach Johnson.

Their video for "Kingfisher" makes use of light instrumentation and whimsical fluttering flute ornaments to inspire a whole series of fantastical events. Beginning with Monica Martin dragging a bed through an open field, she and the viewer are suddenly transported to a dreamly landscape where everything is majestic and grand but most definitely nonsensical. It's Wonderland-esque without particularly engaging in that particularly tired trope. Even as the members of PHOX cart Martin around, freeing her from her Sisyphean duty of bed transport, you never get the sense that she particularly belongs in this dreamworld as magical and wondrous as it might appear and she's soon dropped right back where she last started in the field all alone in her task.

Watch the video for PHOX's "Kingfisher" directed by their own Zach Johnson:

PHOX's self-titled debut album is out now on Partisan Records.