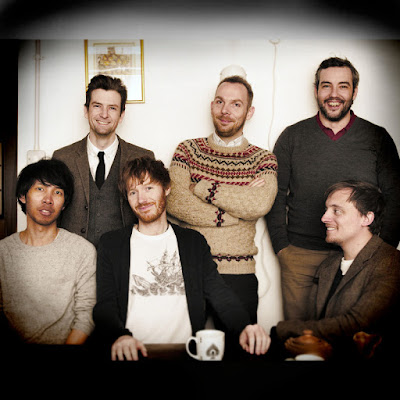 After exploring abandoned arctic observation stations, archaeological digs, and big top circuses, The Lost Cavalry's Mark West turns his feats of lyrical grandeur inward. "Fine Afternoon", the latest Lost Cavalry tune since their debut full length Three Cheers for the Undertaker was released back in 2013, forgoes the fantastical elements West is fond of for a bit of far more intimate place-setting. It's a break up song but one that's true to West's songwriting proclivities and is anything but expected.

"Fine Afternoon", with its delicate finger-picked guitar and swelling melodic flourishes, concerns itself with that rare instance where a breakup ends amicably on both sides. It's a slice of upbeat but not quite exuberant folk pop that proceeds at the pace of it's thematic rationalizations. Nothing is at all rushed and even when the rest of the band enter to join West in stirring harmony, there's a gentleness that keeps it from coming across as a overwhelming surge; a sweeping sense of happiness. "Fine Afternoon" doesn't paint with enough sadness to be full on bittersweet but it doesn't allow itself to ascend to stratospheric highs either. It's happiness is measured but still deeply felt.