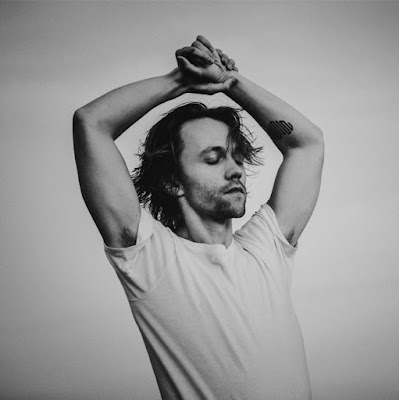 Despite pretty much confirming it would be out this year and naming his upcoming world tour after it, Norwegian singer/songwriter Sondre Lerche has managed to evade revealing any of the actual details of Pleasure, his follow up to his 2014 album Please. Last year we got a taste of the album witth first single "I'm Always Watching You" and today with the release of second single "Soft Feelings", Lerche's actually letting loose the rest of the details surrounding the album: namely it's release date in April that coincides right with his Brooklyn date of the Pleasure tour.

A title like "Soft Feelings" sort of registers as almost a self-parody for Lerche who's made a career of incredibly earnest pop music and yet, the fact that he largely avoided dwelling in sentimentality of his breakup record Please should be a proper indication that "Soft Feelings" is going to be more than you expect. It follows right in line with "I'm Always Watching You" with it's sort of throwback synth pop vibe while putting his characteristic touch of it.

Perhaps more so than Please, "Soft Feelings" and by extension Pleasure grapples with subconscious desires bubbling to the surface. "I'm Always Watching You" and "Soft Feelings" feeling like logical (or illogical) extensions of the id-fueled "Bad Law". Lerche's writing on "Soft Feelings" is all push and pull, statement and restatement as he amends verses and choruses for their next uttering. "Since the spirit left my soul, love is but an open hole" Lerche initially croons and it seems like he's ready to finally let his music mourn his lost love before he continues "but the body's come alive/since the spirit left my side". And on the return of this particular verse, enough time has passed that Lerche's course corrects: "since the spirit came on board/love has begged to be explored". Lerche's essentially at odds with himself: open to the idea of love, wary of it, but not cynical about it and ultimately inviting of its return. Much like much of Please, Lerche's dressed up his universally applicable wrestling with matters of the heart to a fun upbeat dance pop jam.

The video shot by Johannes Greve Muskat in Los Angeles captures the vintage feel and continues with Lerche's surrealist spree. But unlike "Bad Law" or "I'm Always Watching You" where the plots eventually piece themselves together the video for "Soft Feelings" has no great desire to do so. There's a cast of characters besides Lerche including Ary and How To Dress Well's Tom Krell who never reveal their intentions or true purpose. Responding to Lerche's needs both lyrically and unsung as Lerche essentially embarks on a grander version of "Bad Law"'s bender and "Sentimentalist"'s cleansing swim. The video for "Soft Feelings" succeeds based purely on grounding the visual experience with glimpses of Lerche's vulnerability. The why becomes unimportant when filtered through Lerche's reactions to the myriad stimuli.